The American Preparatory School was formed in 1963 with an enrollment of seven students in Kindergarten through Grade 3. The schoolâs founder and first principal was Mrs. Genevra Abou Seoud. In 1965, APS merged with a Ford Foundation school to form the Riyadh International Community School (RICS), which, in its early years, operated out of a villa in Malaz with just a handful of students.

The schoolâs enrollment rose steadily from 1965 to 1974. Due to increasing development in Riyadh, RICS went from less than 400 students to over 1,500 between 1974 and 1979. It was during this rapid growth that the school entered into an agreement with the Saudi government to provide it with a large enough campus to accommodate growing numbers, which they did in 1977 when the school moved to its south campus.

In 1982, the school name was changed to the Saudi Arabian International School â Riyadh (SAIS-R), a change that was requested by the Ministry of Education. SAIS-Râs enrollment continued to grow and peaked at 2,750 students in the 1984-85 school year.

In June of 1997, the Ministry of Education approved the addition of high school grades for international schools. In December of the same year, the SAIS-R Board of Trustees endorsed the development of a high school, which would commence operation at the start of the 1999-2000 school year. Grades 10, 11, and 12 were phased in over a period of three years and the first high school class graduated in June of 2002.

In addition, SAIS-R decided to offer the I.B. Diploma program, and the school received its certification to do so during the 1999-2000 school year, enabling twelve students in AIS-Râs first graduating class to also be IB Diploma Program candidates.

Another momentous decision that was made at this time was to change the schoolâs name to the American International School-Riyadh (AIS-R), again through a decree from the Ministry of Education. This change was made official in the spring of 1999 and ever since, AIS-R has offered both an American high school diploma and the IB Diploma, and many students have graduated with both.

In the fall of 2011, AIS-R introduced its, AIS-R Eagle Honor Code to students and parents. This code was developed to embody the AIS-R Mission in student-friendly and practical language, and has had a tremendous impact on the culture of the school community.

Also during the 2011-12 school year, AIS-R completed a thorough Self-Study to begin the re-accreditation process with the New England Association of Schools and Colleges (NEASC) and the Council of International Schools (CIS). In September of 2011, all members of the AIS-R community were invited to participate in the Accreditation Opinion Surveys and these results (as well as a great deal of additional evidence) were used to write AIS-Râs Self-Study report. This report was completed and sent to NEASC and CIS at the beginning of October, 2012. Each agency assembled a visiting team to carefully read AIS-Râs Self-Study report and assess the degree to which it accurately reflected what they observed during their visit in November, 2012. In early 2013 AIS-R was awarded its 10-year re-accreditation status from NEASC and CIS. From November 2015 to May 2017, AIS-R initiated, planned and implemented six collaborated K-12 projects for Global Citizenship Certification with CIS. AIS-R was awarded Global Citizenship Certification in May 2017.

AIS-R has experienced significant growth over the past several years. With over 1650 students, a superior faculty and staff and a newly built, state-of-the-art campus (moved in at the start of the 2014-15 academic year) AIS-R is in a strong position to continue to deliver an exceptional international education. 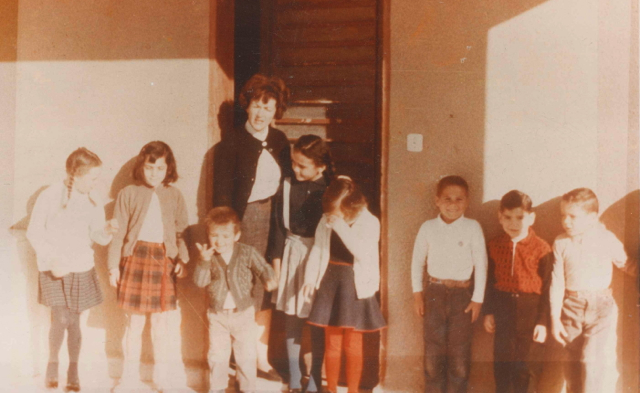